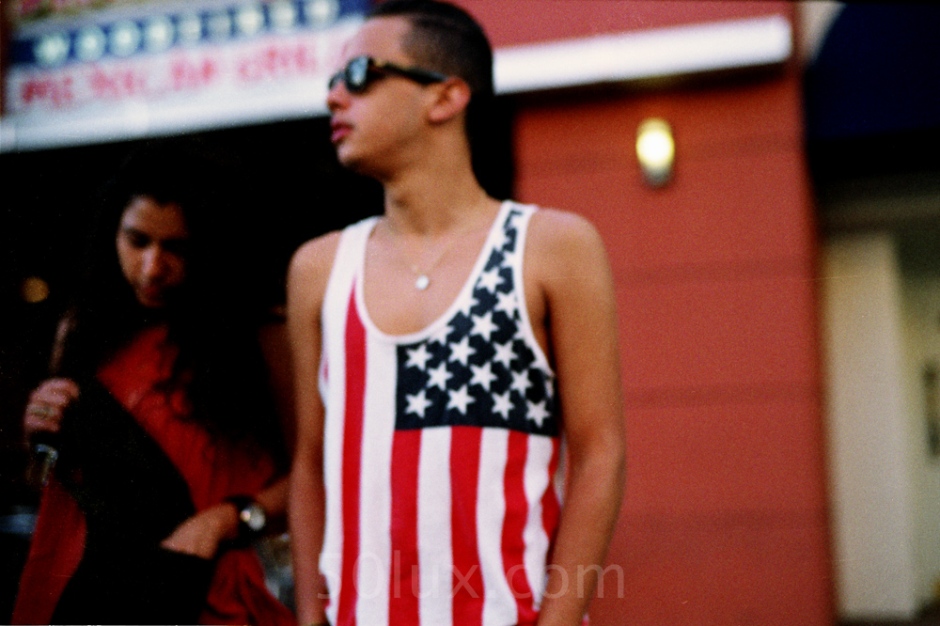 I promised (or threatened) politics when I started this blog. You had to know the bloody day would eventually come. I want to apologize in advance. There Will Be Cursing.

I just want to wrap up in a neat little ball my feelings about some things I’m seeing of late.

I had a dream once that there was a revolution and I was watching it on TV. It happened in a flash in some place like South or Central America at the meeting of the Organization of American States. lol. Seriously. And the POTUS was there and so there was a big American media contingent. Bob Schieffer was covering it for CBS. The revolutionaries stormed the conference area, security never had a chance, and they cut the TV signal coming out of the country right as the mob was overtaking the conference room where the president was. Last part of the dream was Dan Rather calling out to Bob Schieffer and saying something like, I think we’ve lost Bob. lol.

Man. Did I wake up with the chills. I’m serious. This was like in the early 90s. Tried to write a short story of it but it was and would have been a silly tale without a political perspective.

The real fear of the dream was that something could overtake the world media. Shut down or steal the voice or the truth or whatever, etc.

Although I still have that concern, actually that it might have happened a long time ago, but the feeling, the chill, is long forgotten. Until now.

The coverage of this second phase of what I am thinking of as the ongoing Egyptian revolution by the American media is just flat out chilling. It’s obvious the Obama administration thought they had their boy in place in Egypt in Morsy. If that wasn’t obvious before these past few weeks it’s obvious now. Old school American politics in the middle east at its traditional best. We’ll exchange one dictator for another, for what we like to call stability, and this one was extry special (TV hick colloquialism) because he came to power in a democratic election. So the US government is apoplectic over events in Egypt and that’s been made very clear by their many statements, threats, and the decidedly negative take they’ve expressed so far.

But the American news media? Oh my God. It’s like they’ve all been to a party at Judith Miller’s house and drank something she had mixed up in a punch bowl. It’s like they’re all mouthpieces now for the American government. Noam Chomsky has to be just stroking out right about now.

I’ve been seeing it for days now but what I just witnessed on CNN with Christiane Amanpour and Anderson Vanderbilt Cooper … it just recalls for me on a visceral level the feelings I had when I woke up from that dream. The Egyptian overthrow of Morsy seems to be some sort of nightmare from hell, if these people are to be believed.

Then they interviewed one of the guys behind the movement to ouster Morsy. God he was so real. He was PLEADING the truth. It was nothing I didn’t already know or suspect … ten thousand miles or more away. I knew that the ‘people’ of Egypt were always very uneasy about what kind of government Morsy and the Muslim Brotherhood were going to give them. And their worst fears were realized over the course of the last year as he abolished and dissolved avenues of self-determination by the people of Egypt. Always underreported by the American media… but it was out there.

Even during the initial overthrow of Mubarak the Egyptian people made it very clear that if they didn’t get an actual government that gave them a voice over their own fates the first time out and if they found out, at worst, they’d just traded one dictator for another they would be right back out in Tahir Square. And Allah bless their fucking hearts, there they are.

All of this was baked into the cake and none of it is really news or a surprise. But the American-centric perspective is so dark you’d think the Russian tanks had just rolled through fucking Poland.

I don’t know if I can ever figure out how to digitally capture something from my TV onto a Mac. But I really implore everyone here to be on the lookout on YouTube for Anderson Cooper’s interview with one of the main inspirations for the revolution in Egypt and watch especially his treatment of the Egyptian and the condescending ’emotions are running high’ crack pipe he and Amanpour share at then end of the interview.

I said I wanted to wrap this all up at the top of this page. Here’s what I mean. And I know a lot of people are really anti-Edward Snowden and everything that he did. But forget about Snowden personally for a moment and his actions and really consider the media and their behavior of late.

This is from Gawker. The link to the complete article is at the bottom. Everything from here on is not mine.

“The Washington Post Is a Bitter, Jealous Little Newspaper

At least we know that the Washington Post’s terrible editorial board is fully independent from its shrinking newsroom!

In fact, the first U.S. priority should be to prevent Mr. Snowden from leaking information that harms efforts to fight terrorism and conduct legitimate intelligence operations. Documents published so far by news organizations have shed useful light on some NSA programs and raised questions that deserve debate, such as whether a government agency should build a database of Americans’ phone records. But Mr. Snowden is reported to have stolen many more documents, encrypted copies of which may have been given to allies such as the WikiLeaks organization… The best solution for both Mr. Snowden and the Obama administration would be his surrender to U.S. authorities, followed by a plea negotiation.

Take note, potential leakers and whistleblowers inside the U.S. government: the official stance of the Washington Post’s editorial board is that you should shut up and go to jail. Would-be Washington Post sources may wish to take that information into consideration when choosing where to leak to.”