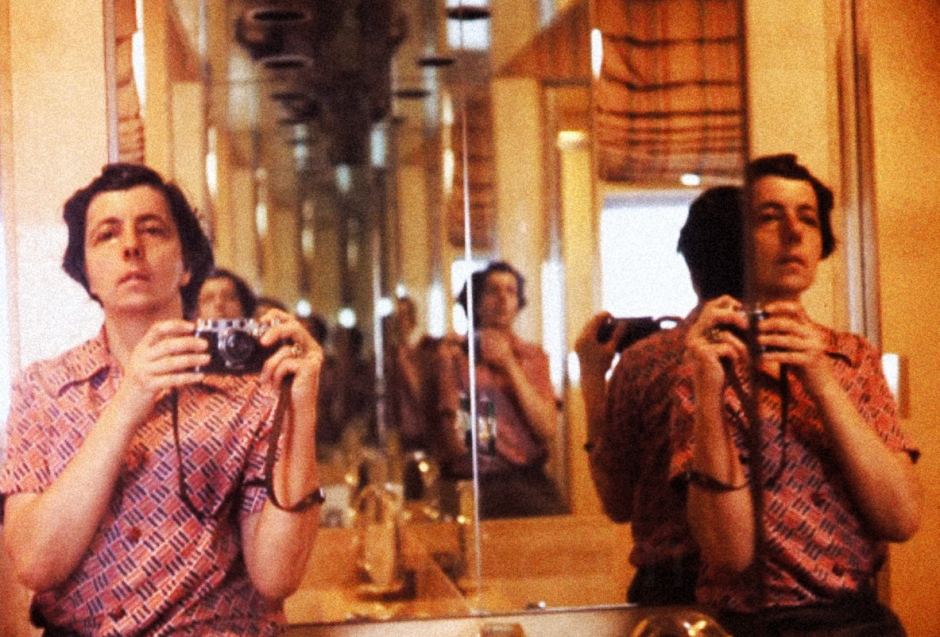 We were scheduled to fly to Chicago this past weekend.

My plan, in tribute to the newly discovered street photography icon Vivian Maier, was to shoot in black and white and to post only images here cropped to a perfect square, the format produced by the reclusive nanny’s apparently very trusty Rolleiflex. (Although the above image shows Maier taking a self portrait with a Leica M.)

Unfortunately, we all caught a cold here in the big house and were forced to avoid a long flight and the shock of actually being in the Windy City at a time when temperatures there would be in the 20s. We stayed, as the song says, safe and warm in LA and shot the images you have seen (one of) and will see on 50lux in the coming days.

Little did I know, because nobody tells me anything, (wink here) but this was to be a big weekend anyway in the posthumous yet ever burgeoning career and legacy of this now very important photographer and practitioner of a type of photography that I feel so connected to.

The biggest news is that there is a film that premiered last fall but is just now being released and in theaters entitled  “Finding Vivian Maier,” … due in some cities last Friday actually. Certainly it won’t be at the nearest mall’s cineplex outside Dayton or Altoona and I’m doing my best to find it here in Los Angeles and will go before it’s quickly yanked.

Here is the trailer.

The release of an actual film, of course, has made a nice ripple in the national media and here are also three excellent write-ups in the New York Times, New York Post, and Slate.

Enjoy, street photographers. It’s a rare moment that none of us will ever likely experience in our lifetimes. Although in Vivian Maier’s case that appears to be, in great part, by the artist’s own design.