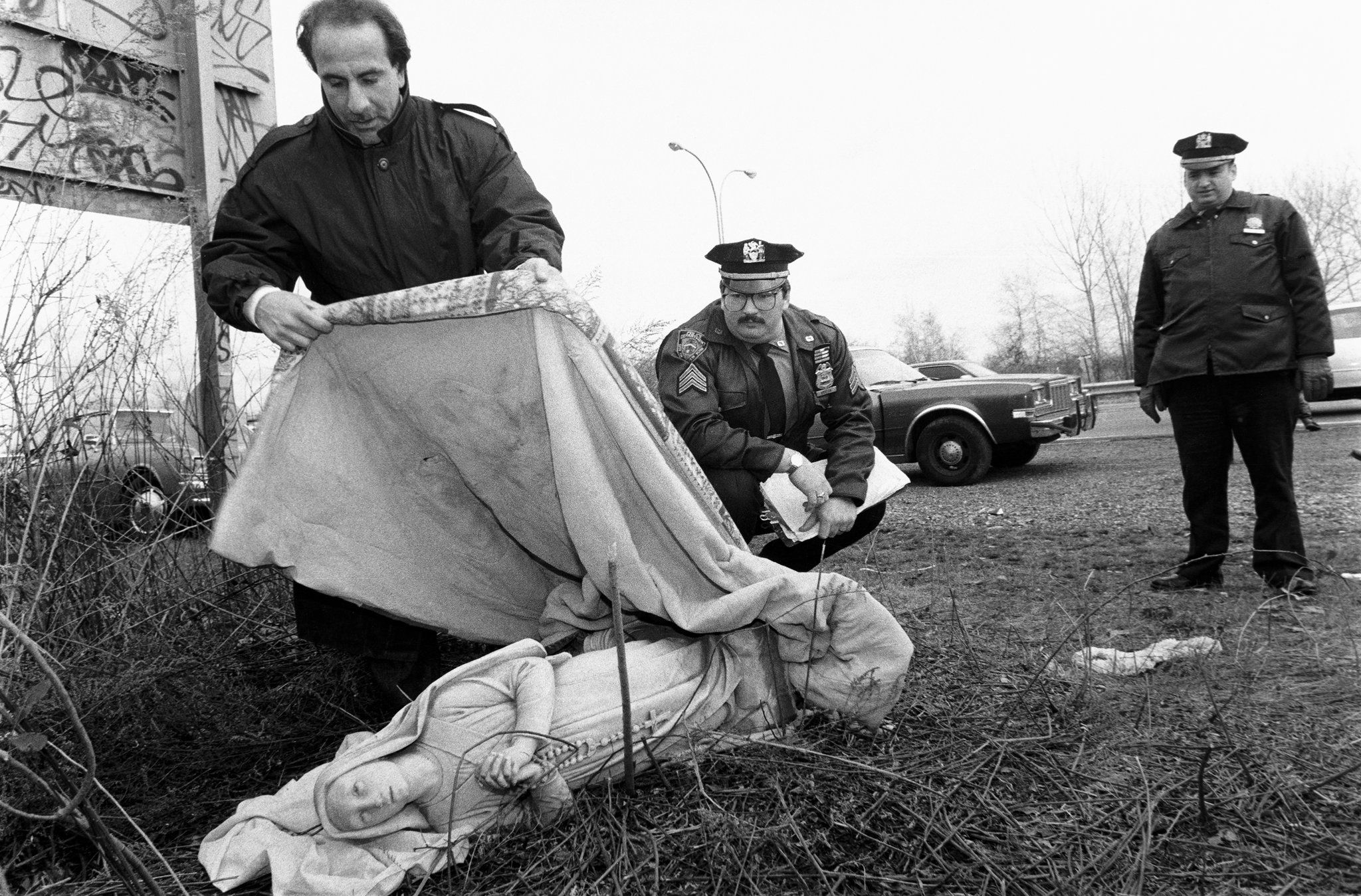 Stolen from a Brooklyn church on Christmas, St. Bernadette was found dumped near the Belt Parkway. 1992. Andrew Savulich

VIA LENS at the NYTimes:

Among the denizens of the pre-Disney Times Square was a casually dressed man with unruly white hair sitting in a beat-up Dodge Valiant outside a Howard Johnson’s restaurant. He spent his time listening to a police scanner, which emitted a steady, scratchy stream of reports of gang shootings, car accidents or suicide jumpers.

There was so much crime in New York back then that the white-haired man, Andrew Savulich, had his pick of numerous scenes of mayhem he could photograph. It was a more dangerous time to be a New Yorker, but a good time to be a spot news photographer. He often got to crime scenes ahead of the pack, although his photos were a little too strange and quirky for the tabloids. On the rare occasion he sold crime scene photos for $50 or $75 each to newspapers and wire services, editors usually cropped them into more conventional images.

So, on slow evenings Mr. Savulich would leave his car and prowl through Times Square and photograph strange moments that unfolded right in front of him.

“In the ’80s it was still lusciously seedy and wild,” he said. “It was a great place for street photography.”