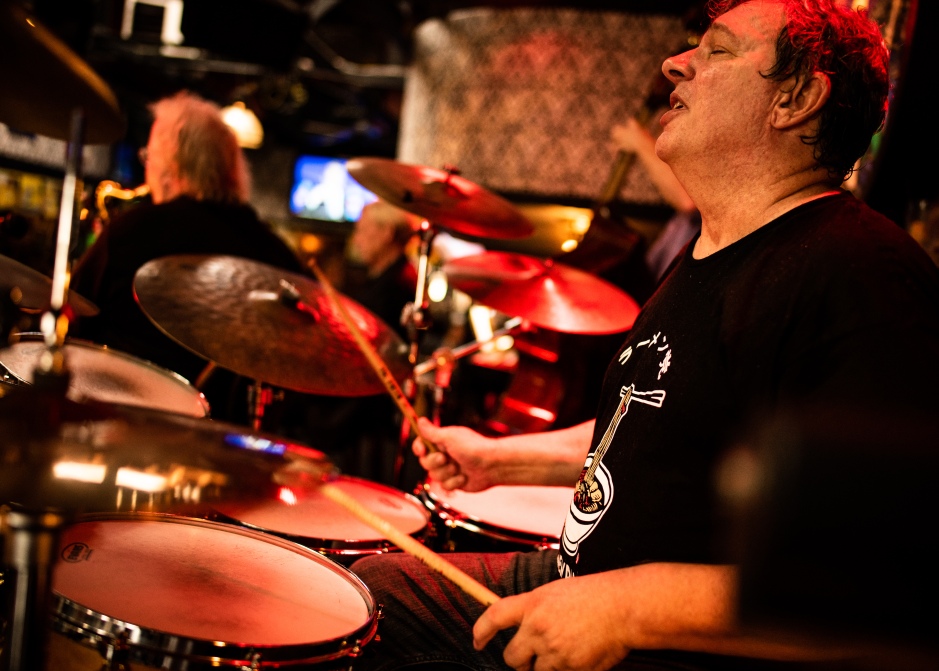 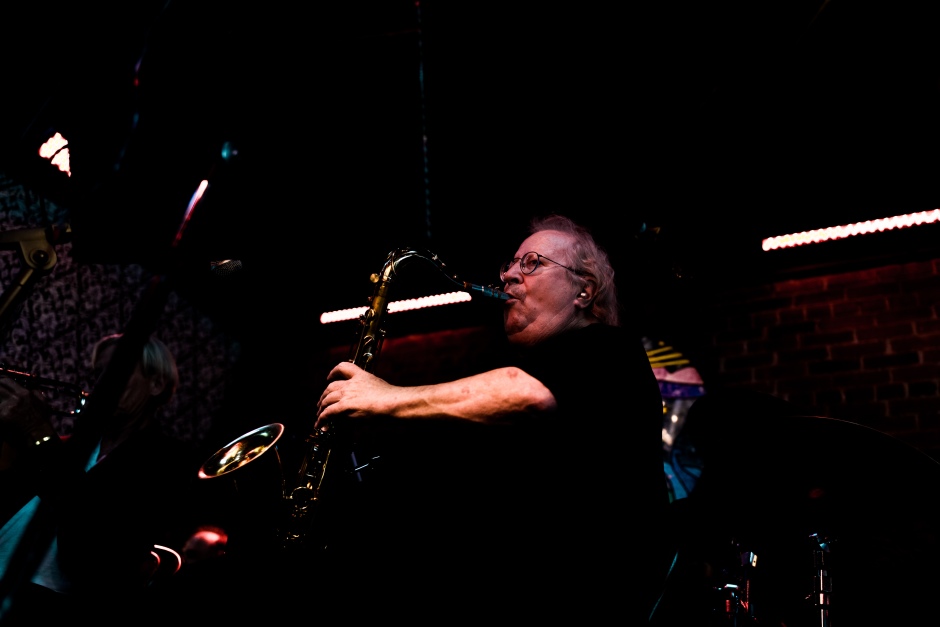 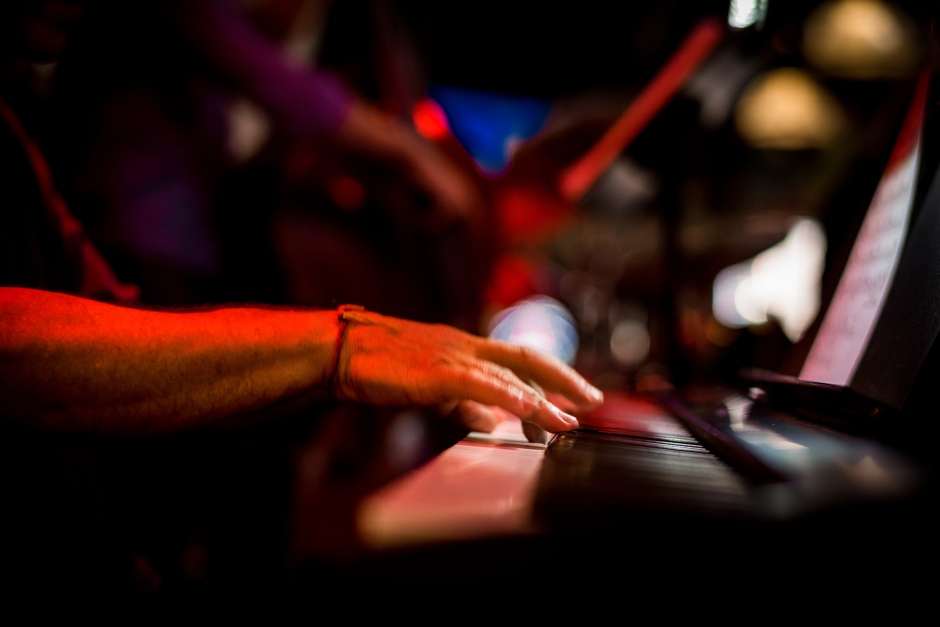 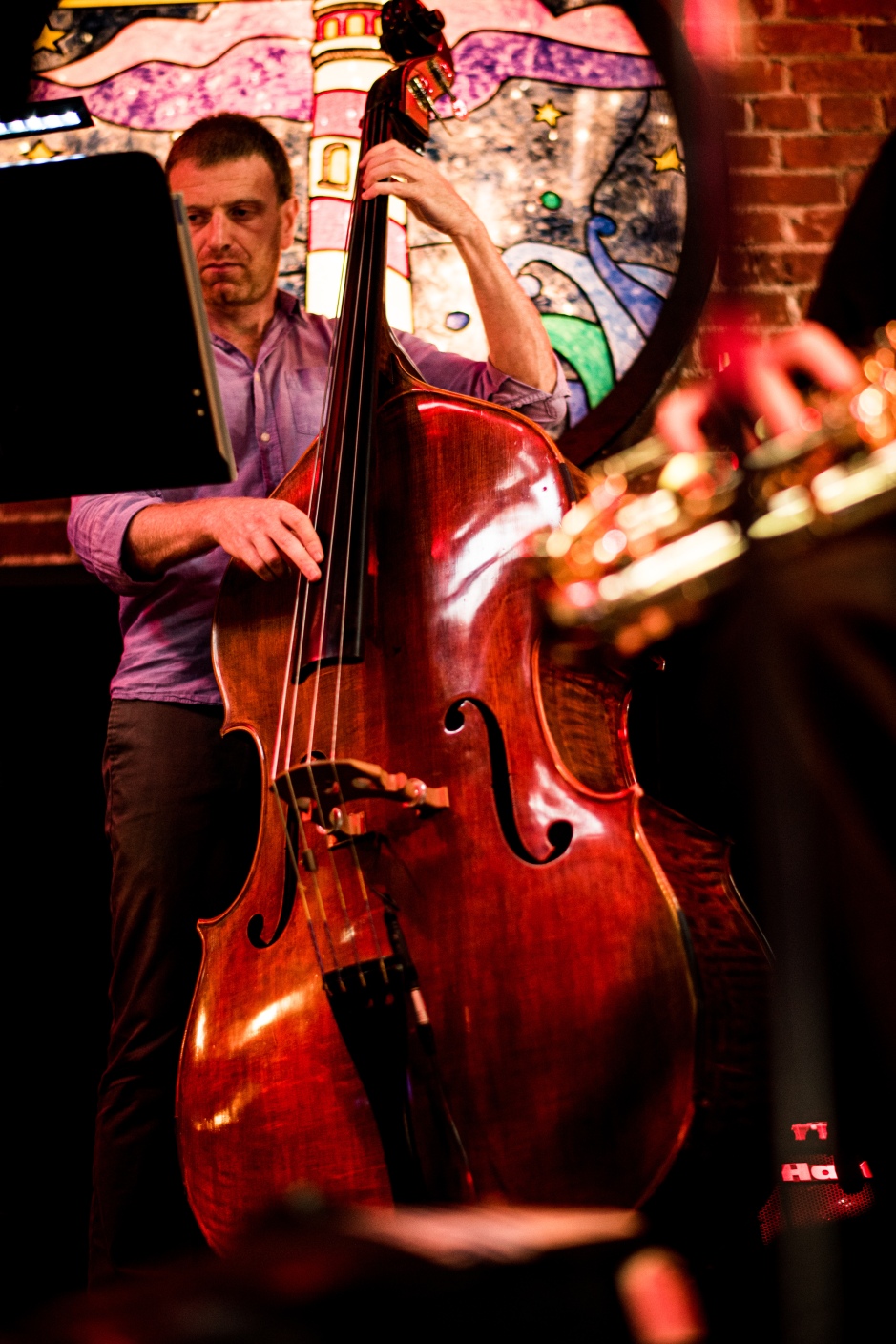 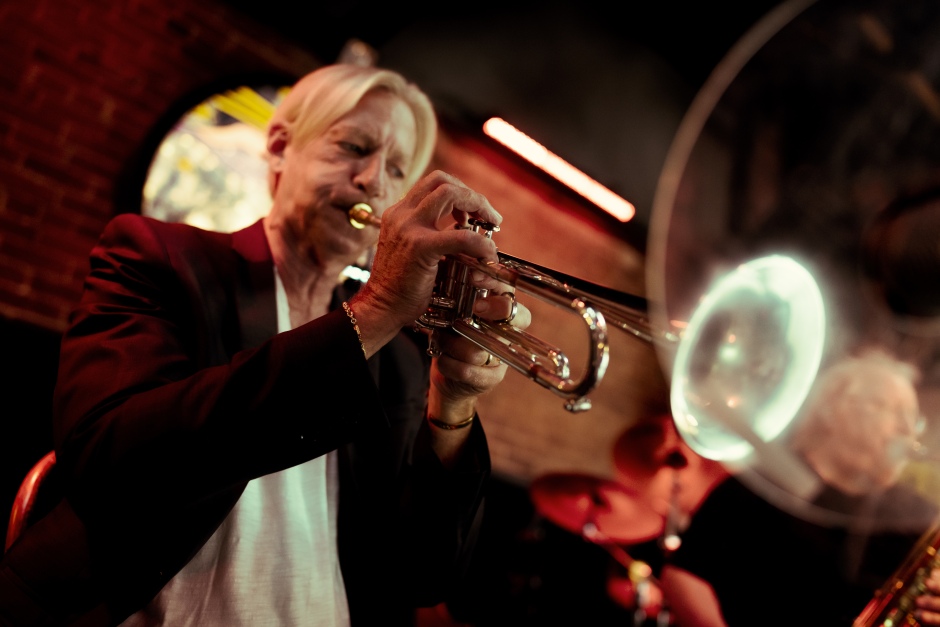 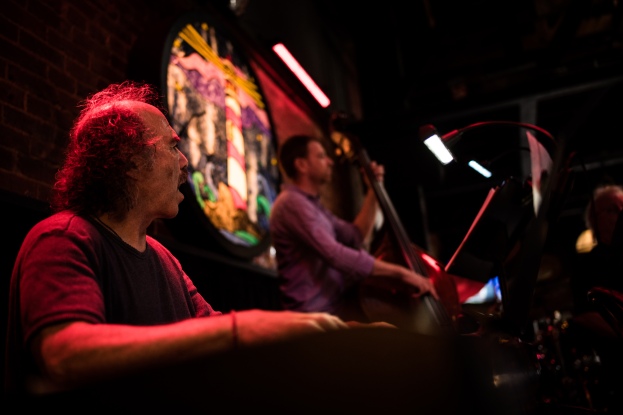 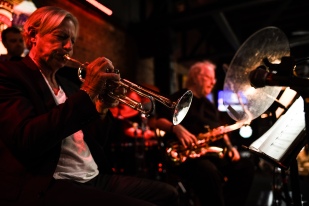 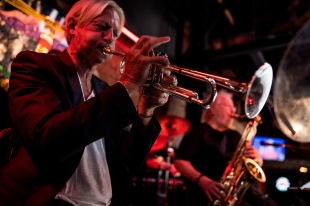 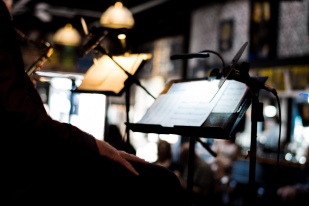 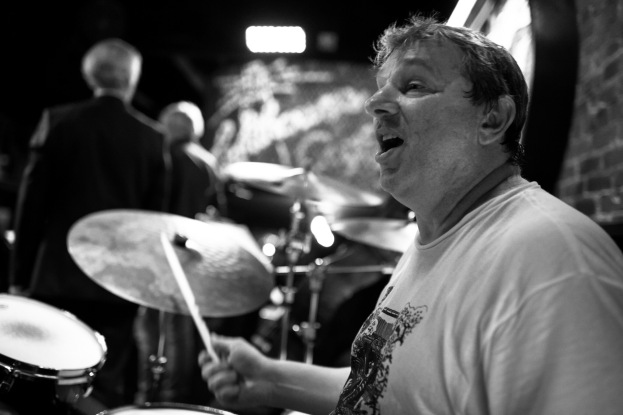 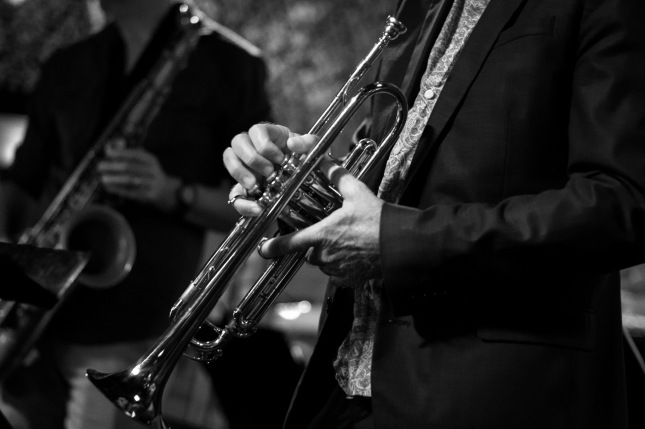 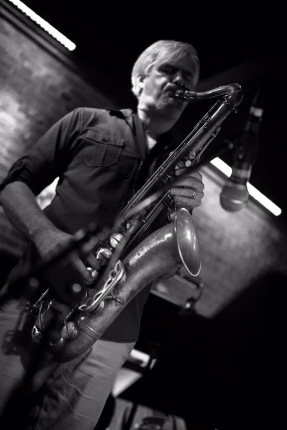 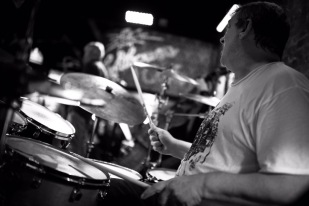 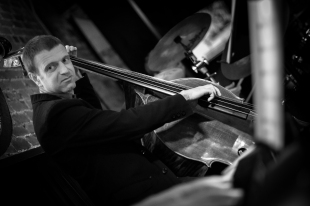 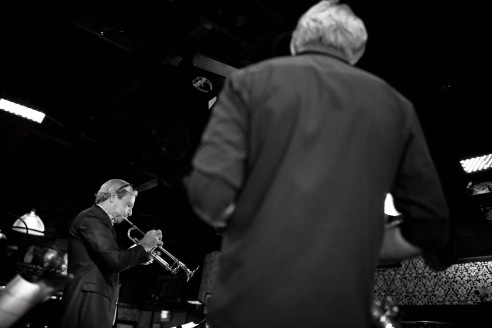 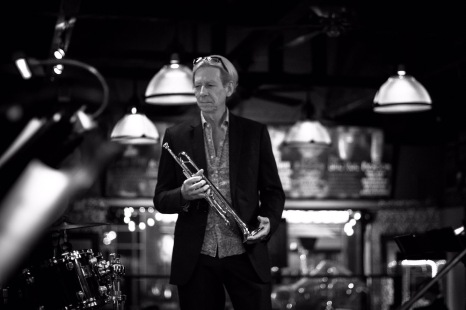 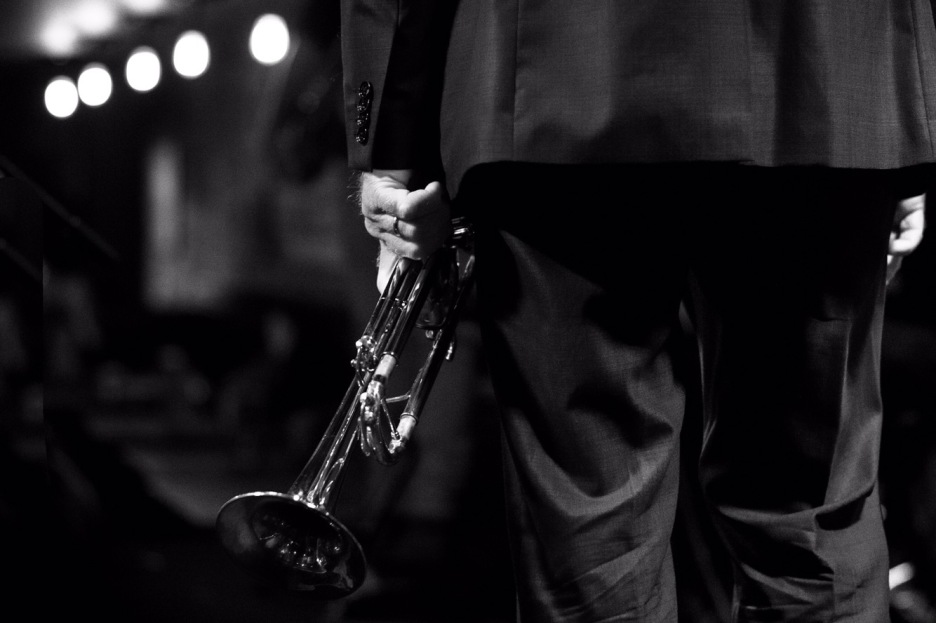 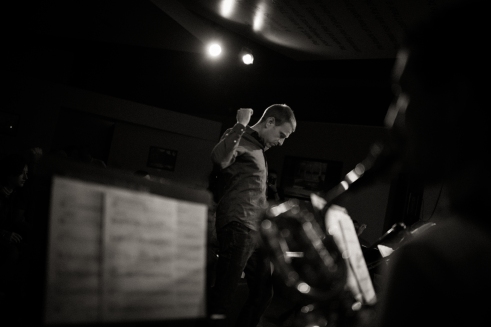 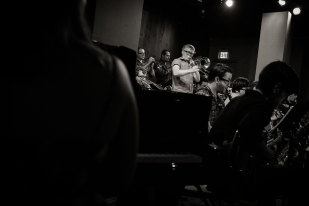 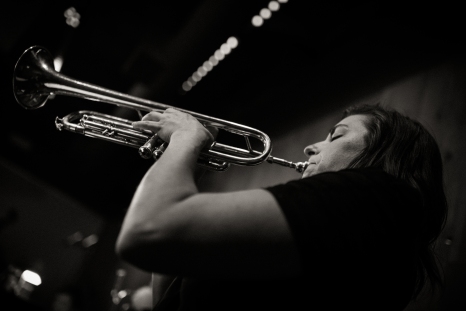 (Opposite) How High the Moon – Morgan Lewis

Ah, The Real Book. Get yours here. My first Real Book, bought in 1979, was stolen. This is my second, bought in 1980. The name is a bit of musician’s irony. Not a fake book, man. It’s the REAL book.  Illegal, at the time. You had to buy it on the street in front of the Berklee College of Music in Boston. Now I believe you can buy them inside the school bookstore. Times change. So has the price.

The pages are almost card-stock sturdy. The coffee stains are well earned. Either from caffeinated frustration or long evenings of joyous study and relaxation with a hot cup of decaf. So an explanation of the word ‘opposite’ in the captions for those who might need one, is that the coffee cup was set down on the song pages I wasn’t, at the time, working on or playing through. So the sheet music photo accompanied by the caption, Naima – John Coltrane, for example, is NOT Naima but from the song My Ship. Anyway. And where the word doesn’t appear it’s because the coffee stain is on the page of the song I was working on, for example, Lush Life by Billy Strayhorn.

Anyway. For an actual musical example of me noodling through one of these Real Book tunes on the guitar I’m offering a cassette recorded version of Naima that I did sitting on my couch… now about 20 years ago, down at the bottom. (Naima (opposite) is the last photo.) There probably isn’t a book I’ve gotten more out of than the Real Book. It’s not much, but this is my way of saying thanks.

(Opposite) My Funny Valentine – Rodgers/Hart

What Are You Doing the Rest of Your Life – Michel Legrand

So What – Miles Davis

(Opposite) Isn’t it Romantic? – Rodgers/Hart

I’m no great shakes as a musician. But when you’ve internalized someone’s music their loss is felt that much more. That I can tell you today.

Maybe 15 years ago I recorded a bunch of jazz standard lead sheets for a friend back home. Just a one afternoon with nothing better to do project for a friend. Here is the Horace Silver portion of that inadequate effort.

Another REPOST of one of my little iPad Garageband ditties. Always very influenced by the music of Frank Zappa, I recreated a Montana guitar solo groove, a funky nasty little pocket to jam over in F# minor, and played my Gibson ES-335 through a little Vox Valvetronic bedroom amp. I need to do more of this in my spare time. I’ve been playing the guitar now for about 48 years. Probably won’t be able to tell from this, though. 😉

Like the war, it goes on way too long and has plenty of sour notes and questionable resolutions. But here the only thing that bleeds is your ears.

Re-posting a musical interlude. Great photo by a Marine in the battlefield, Cpl. Reece Lodder.

Garageband has (had) some very crappy (as usual) guitar amp ‘modeling’ feature. When I tried it last year it was very lame. But Apple is constantly upgrading Garageband, etc. So I tried it again, just plugged into my iODock and directly into the iPad. Wow. Wasn’t expecting to record a guitar solo I would want to share on the second try. The amp feature is now very usable. I like the rawness here; it’s not polished playing, but that’s okay.

Since the 1960s there have been four names regarded as the greatest icons of jazz guitar. Wes Montgomery, Joe Pass, Jim Hall and Kenny Burrell. Now only Kenny Burrell remains.

Jim Hall was certainly the most modern sounding of the four. In fact, he pretty much invented the modernist use of fourths which so many guitarists have since emulated and in the utilization of space in his playing. His most iconic collaborators were the pianist Bill Evans and the alto saxophonist Paul Desmond and his longtime partnerships with both of those immortals resulted in some of the most sublime jazz ever recorded.

And to add just some personal weird timing. Just last night I realized I needed to start reading through some music and pulled out some Jim Hall books. In them I found a color copy of a photograph of a transcribed solo of Jim Hall’s, from the song Indian Summer, off the album Walk Soft, that Eric Susoeff, a great jazz guitarist in Pittsburgh, had made for me over 30 years ago. I’d seen it maybe twice in all those years and I put it down on the table and was struggling to see the tiny notes in the dim light. Just last night. And now today I find out Jim Hall has passed.

There’s nothing on the New York Times yet it was actually Eric posting of Jim’s death on Facebook that delivered the sad news to me.

I’ll post some great musical art and enlighten anyone who hasn’t experienced this great 20th century giant of jazz. And he was a giant of jazz, the music. Not simply some guitar hero. These four musicians were jazz artists first and guitarists second. Anyway. That’s that.

Here’s a very long clip on YouTube of Jim Hall with another of my favorites, Art Farmer, from 1964. 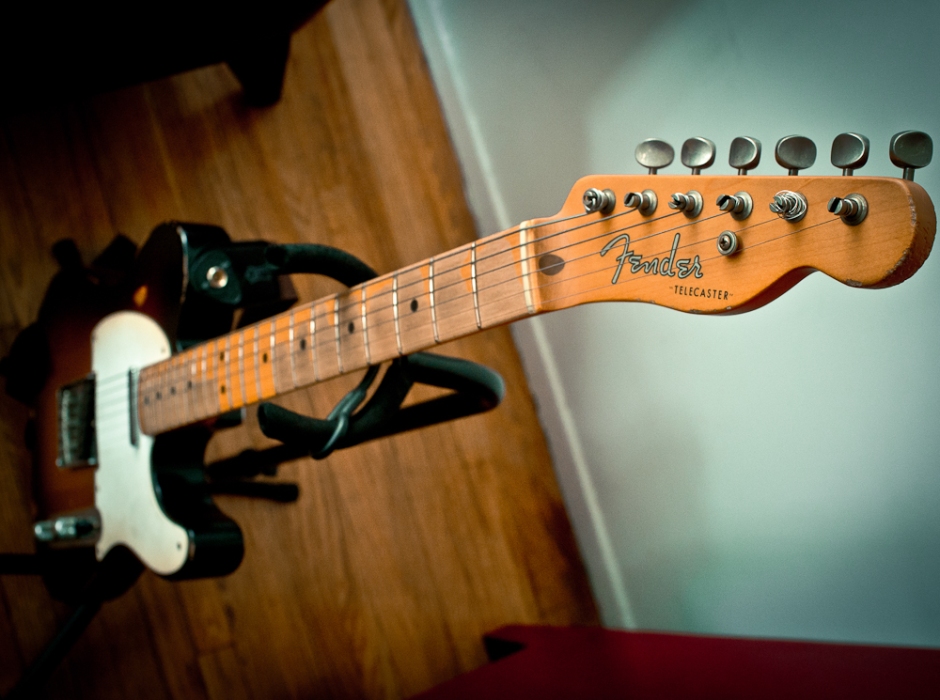 This here is about atonement for my sin. I’m not religious but I grew up with the idea and can relate to the metaphor.

I don’t really know how to say this but… I think it’s really a sin (figure of speech) to make a bullshit effort that doesn’t at all reflect who you are or your abilities, as limited as mine are. But I sure as shit did that in recording in just a about an hour a ‘tribute’ to Marian McPartland and posting it online. I should be ashamed of myself and I am.

So I spent the better part of the last week trying to make up for it by doing something I sorely hadn’t planned on doing with my week and that is TRYING to do my best. I’m at a point in my life where I’ve never had the tools I do now to make music at home but I’m like at an age where I don’t half give a shit anymore.

I’ve got to work on that but in the meantime here is a version of Key Largo that at least reflects my best effort and considerable sweat. I’m stuck with certain things like my voice but I am capable of shaking the rust off whatever capabilities I do have and either doing my best or having the good sense to skip the whole thing entirely. That’s my September onward resolution.

You can hear Marian McPartland’s playing of “Key Largo’ by clicking the media player here and listen as you read.

Very sad to learn today of the passing of an all-time favorite and one of the most underrated musicians of the 20th century. The absolutely amazing Marian McPartland. I think the fame from being the host of her radio show, Piano Jazz, was something that actually drew attention away from her own singular greatness.

She was a magnificent jazz artist. She lived a long life, but along with the passing of Cedar Walton just a few days ago, this is a very sad day in the history of music. I listen to her all the time. In the last 15 years or so I’ve come to truly understand and accept how really great she was. Very sad.

From the LA Times obituary:

“One of the jazz world’s most visible female instrumentalists, McPartland’s highly personal style was rich with colorful harmonies and briskly swinging rhythms, enhanced by a love of bebop, while adapting smoothly to the many stylistic changes taking place in jazz over the course of a career spanning more than half a century.

“Marian McPartland is a harmonic genius,” pianist Bill Charlap said. “Her singular musical voice encompasses the past, present and the future of jazz.”

Critic John S. Wilson described McPartland’s playing in a New York Times review as a “series of paces that were, in effect, a thumbnail history of jazz styles. She took it from basic ragtime to very modern harmonies, throwing in some bebop and some stride piano, shaping the whole concept into an exhilarating performance.”

“One of my greatest influences was Duke Ellington,” she wrote in a 1999 article for Piano & Keyboard Magazine. “I listened to Fats Waller (though not as much as Duke), [but] I never really got into stride piano. Benny Goodman and Lionel Hampton, with whom I later worked, influenced me, as did Mel Powell, Teddy Wilson and Jess Stacy. Then other people came into the picture, like Art Tatum and Bud Powell. What has stayed with me is Bill Evans.”

Yes. Bill Evans. He oozes out of everything she did. As well as Duke. This great lady of jazz will be sorely missed.