Getting back to some Leica photography. The date has been announced for the annual Fashion’s Night Out 2012 and it is September 6th.

Sooo… this entry today here at 50lux.com has a triple purpose.

First, I would like to give Leica and other lowlight shooters a heads-up to the coming FNO extravaganza, Vogue Magazine’s world-wide phenomena and to let you all know that this very impressive event is probably coming to a city somewhere near you.

It’s an incredible opportunity to get out and photograph great style and beauty and all in the vibrant colors and exact low-light conditions where our super-fast Leica glass really shows its stuff.

Second, of course, I want to showcase my own humble efforts in that regard from last year. All the images you see here were shot on film, with my trusty M7. Mostly with a Zeiss 50mm Sonnar f1.5 mounted, but there’s more than a few with the Leica 35mm Summicron 2.0 ASPH. Also shot mostly Kodak 800 Ultramax film but I also put a couple of rolls of TMAX 32oo through the M7 which I will post in a few days.

But now, and thirdly, I’m also going to turn my attention to a gentle constructive review of the event itself with the hope that this critique will find whomever might be in the organizing group planning this year’s festivities in Beverly Hills, where the FNO event I attended took place. You’ll get an idea of why I would want to get this into their hands if you read on.

Okay, right up front I should say that my attending last year’s Fashion’s Night Out in Beverly Hills event was for the sole purpose of shooting some frames of fast film with some even faster Leica and Zeiss glass mounted on my M7.

But I’m a critical sort. So in between trying to catch some of the most beautiful women I’ve ever seen in my camera’s viewfinder, I did manage to cast a critical eye towards the event itself.

First, I think it’s a great idea. I’m a photographer. I love beauty and fashion. I have no connection, however, with the beauty or fashion industry as a photographer, or in any other way except as a admiring male who doesn’t leer from behind a camera.

Much. Come on, I am perfectly capable of taking a great picture of a beautiful woman without leering. In theory.

Anyway, I didn’t attend the event in 2010 so I have no reference point to compare 2011 with the previous year. But I was surprised at how little there was actually going on at this event on the very premier boulevard of shopping and fashion: Rodeo of Beverly Hills.

Not to be overly critical, but I expected many small continuous fashion shows outside of some of the major trendy stores. A little more effort from the big fashion houses. An appreciable media presence. A few big names.

Pretty much nothing like that here. There was a set up for a fashion show, so maybe I was late. Got there at 8:00 and the event was scheduled till 10:00. Stores were pretty much an indoor thing, just like any other day. Except this was night.

There was a makeover area which was certainly busy. A street portrait artist working in charcoal, I believe. Food was supplied by a handful of not very interesting food trucks. People were lounging on the curb eating.

At one or two of the stores, there was an actual doorman allowing entry to only, I supposed, an invited few. Nice touch there as some pretty fancy Beverly Hills wives were turned away. Ouch. I have pictures of that.

I’m sorry, BH. I just think this is a great idea that should be done with a little more attention to class and detail and results. The number of people in attendance clearly demonstrated that there is an appetite for this type of event right there on Rodeo Drive.

Come on, Beverly Hills, you can do much MUCH better than this.

That said, please enjoy the pictures.

Click on these last two shots for larger versions. 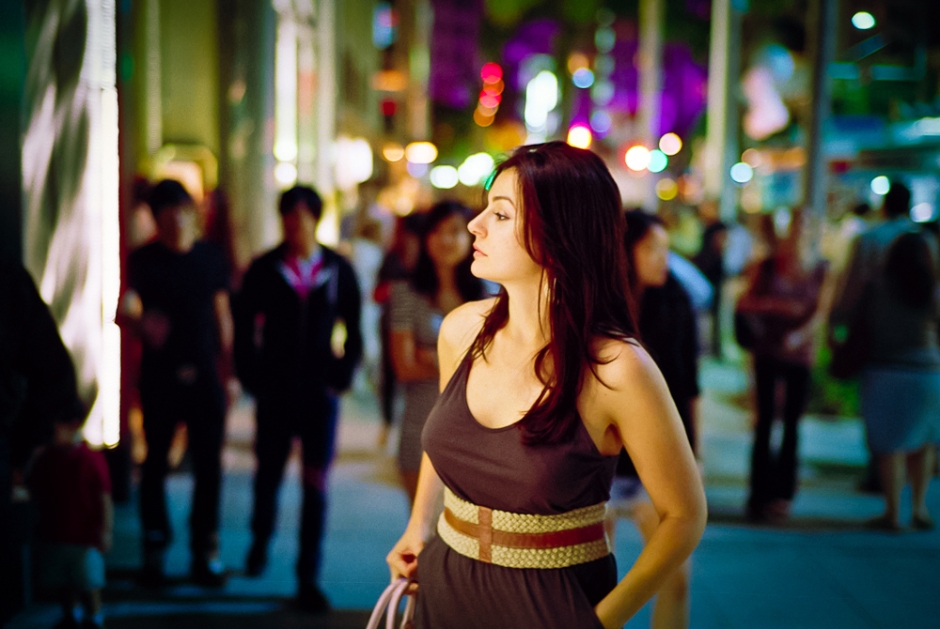 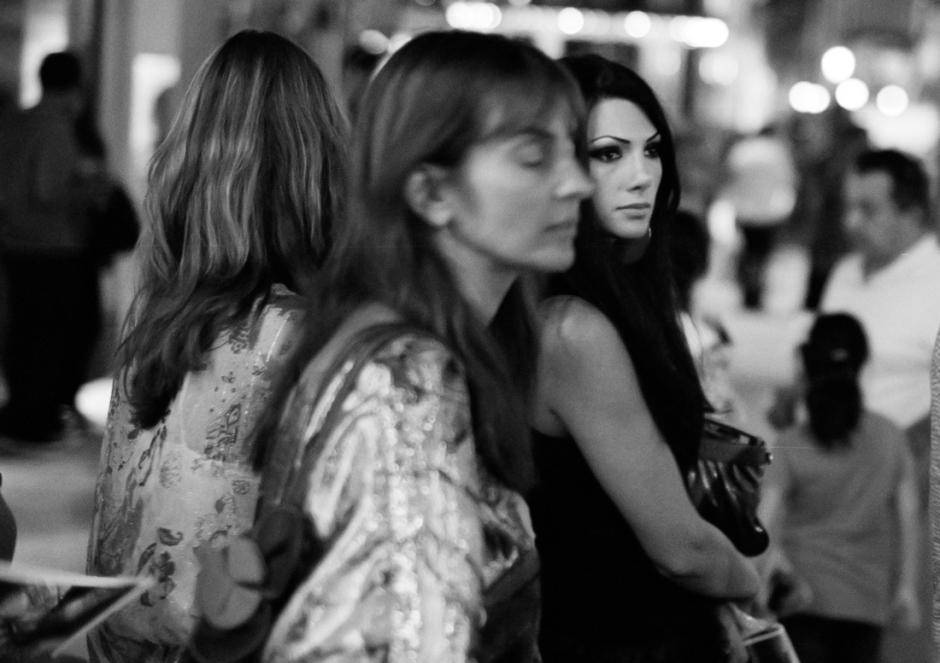